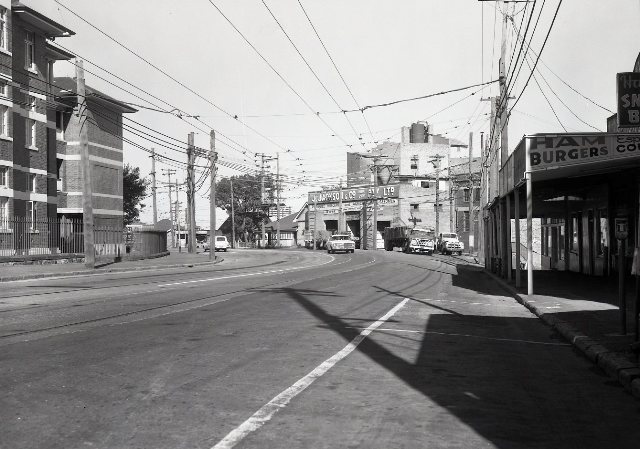 The Petrie Terrace Heritage Trail takes you through the historic portion of this inner-city suburb. Take a walk through the western part of the Brisbane CBD and discover the people and events that shaped the rich history of Paddington’s neighbouring suburb, Petrie Terrace.

A 2.7 kilometre trail with 18 points of interest, the Petrie Terrace Heritage Trail may take a two-hour walk to explore.

Start your journey on Lang Park, formerly the North Brisbane Burial Ground. The burial ground, also known as the Paddington Cemetery was in use from 1843 to 1875, during which time up to 10,000 people may have been buried.

By 1910 the cemetery fell into disrepair and it was proposed the grounds be turned into a recreation reserve. When the Paddington Cemetery Act was passed a year later, the government relocated the remains to another cemetery.

The creation of a parkland began in 1914. It was named Lang Park in honour of John Dunmore Lang’s contribution to the Brisbane area. Fast-forward to present day, the burial ground is now part of Suncorp Stadium.

Walk further to Caxton Street and visit the Ithaca Playground, now called the Neal Macrossan Playground. The Playground Association of Queensland established the playground in 1918 to provide recreational and educational facilities in disadvantaged areas.

Turn to Wellington Street and you will see Stombuco’s terrace houses, the fine examples of Brisbane’s 19th century terrace houses. The terraces were designed by Andrea Stombuco, who also designed some of Brisbane’s most beautiful buildings like the “Rhyndarra” in Yeronga and All Hallows Convent School in Fortitude Valley.

Before heading to Petrie Terrace, you will find the Normanby Hotel, one of the city’s landmarks. The heritage-listed hotel demonstrates an early Brisbane use of Queen Anne stylistic elements in commercial design.

A four-minute walk from the hotel will take you to a ridge along Petrie Terrace that used to be an important place for many Aboriginal people. The Ipswich, Rosewood, and Wivenhoe tribes camped in the vicinity until the Europeans settled and developed the inner-city suburb.

Stroll Countess Street then turn left to Princess Street and you will find the Hardgrave Park. Named after Petrie Terrace resident and local politician John Hardgrave, the 1.08ha park is the earliest gazetted park reserve in Brisbane.

Read: Paddington Homes Maintain Their Traditional 1880s Style After All These Years

Explore Petrie Terrace and you will soon end up at Princess Row where you will see some of the oldest surviving terrace houses in Brisbane. Head south and you will reach the “Shawn” Flats, characterized by Old English and Mediterranean sets of flats built in 1936 for widow Margaret Murphy.

Walk down Cricket Street and you will reach the Petrie Terrace gullies. In the 19th Century, parts of it experienced overcrowded conditions. It was believed that the base of the hill’s close proximity to the cemetery contributed to the locals’ unhealthy conditions.  The closure of the cemetery at the bottom of the hill and the establishment of a new cemetery in Toowong addressed the community’s concern.

Head west Toward Menzies Street and you will see an example of Petrie Terrace modest timber cottages. The cottages along the street were built on small proportions of land, a reflection of the crowded conditions on the hill in the lates 1800s.

Go northeast and you will reach Victoria Barracks. This has been an important military facility since the 1860s. A minute walk leads to the Brisbane Gaol that used to be the
site of Queensland’s second purpose-built prison before the establishment of the police barracks.

The southwest part will bring you to The Prince Alfred Hotel, named in the honour of Queen Victoria’s son, Alfred. It is currently owned by a private company and now known as The Lord Alfred Hotel.

Toward Weetman Street awaits the Oddfellows Wall built in 1891. It is now Lefty’s Old Time Music Hall, a popular Brisbane night spot. The next trail, located in the Street Side Bar reminds of the groups of “larrikin” or the teenage male delinquents who caused havoc in Petrie Terrace in the late 19th Century.

Turn right onto Sheriff Street then turn left onto Hale Street, where you will find the La Boite Theatre. It was Australia’s first purpose-built arena theatre. In 2001, La Boite moved to a venue in Kelvin Grove. The Petrie Terrace theatre has been sensitively converted into offices.

Explore Sexton Street and you will reach the second to the last stop, the Jackson & Co’s Granary. In 1947, a terrible tragedy took place on this site. The use of carbon disulphide in an enclosed building caused a massive explosion and killed four people.

About 500 metres from the Jackson & Co’s Granary takes you to the last point of interest of the Petrie Terrace Heritage Trail. The Police Barracks back in the 1930s is now more popular to the locals as The Barracks, a landmark retail and commercial precinct.

Whilst some of the points of interests are private properties, walking through this trail lets you discover the rich history of Petrie Terrace.