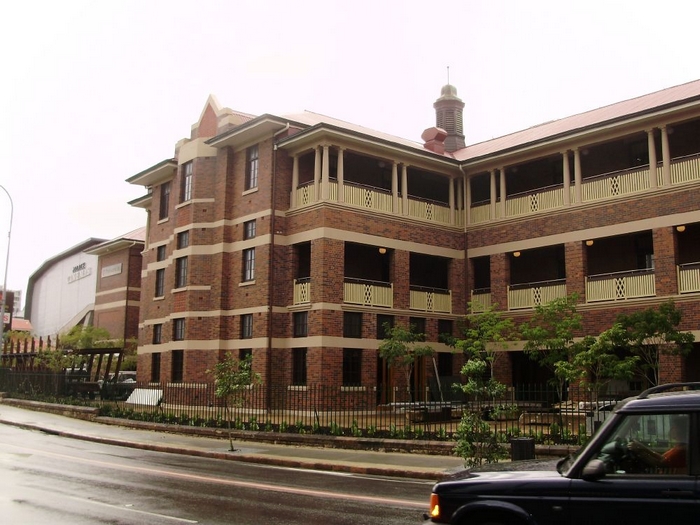 The Barracks in Paddington is important in the suburb as it serves as a landmark commercial precinct today. However, did you know the interesting history of the precinct?

From being amongst the earliest Brisbane gaol to becoming a popular underground night club in the 1990s, The Barracks certainly has quite a few stories to tell.

The Barracks was formerly known as the Petrie Terrace Police Depot. It is significant in the history of the suburb as it was occupied by the second purpose-built Brisbane Gaol from November 1860 until July 1883. The overcrowded Petrie Terrace Gaol was closed in 1883 upon the completion of a new gaol at Boggo Road, South Brisbane.

In 1885, the gaol reserve was divided between the newly established permanent Queensland Defence Force and the Queensland Police Force. The QDF occupied the 1864 military reserve and the northern end of the gaol reserve, the whole of which was renamed Victoria Barracks by mid-1885.

The former gaol was officially recognized as Petrie Terrace Police Depot from 1850-1960. Additions to the building included the construction of stables in 1912 and a police garage and workshop in 1936.

In 1938, work commenced on the construction of a new three-storeyed, brick and concrete police barracks at the Petrie Terrace Police Depot, on land formerly utilised as a parade and drill ground.

The new barracks, designed by Raymond Clare Nowland, was considered as one of the best investments that the Government had made at the time.

Change in Use of the Police Depot

Use of the Petrie Terrace Police Depot as a training facility ceased in 1973, but the Depot continued to serve other police purposes until the mid-1980s.

In 1987 the State Government sold the former police reserve and buildings to private enterprise.

The former Petrie Terrace Police Depot was listed on the Queensland Heritage Register on 23 July 1999.

After suffering from high levels of vandalism, the former Police Depot was developed to what is now known as The Barracks in 2007.

The $120 million mixed-use development was completed in 2008 and is now a popular landmark retail and commercial precinct in Paddington.

The three heritage listed buildings from the Police era remaining on the site are the stables (1912), the three storey brick barracks (1939) and the radio communications centre (1941).

Learn more about The Barracks in Paddington by visitng their official website.