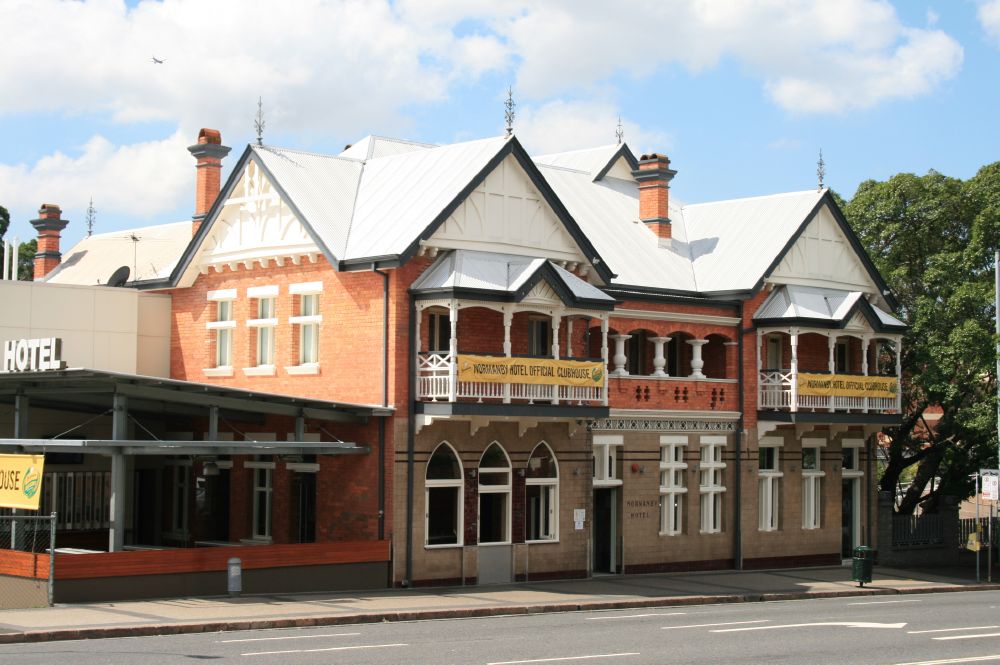 The Normanby Hotel that sits on the corner of Musgrave Road and Kelvin Grove Road in Red Hill is a distinctive landmark in the area, not just because of the establishment itself, but because of the memories associated with the iconic fig tree that used to stand outside the hotel.

Prior to the hotel, a smaller, two-storey hotel used to sit on the land with the same name. A hotel owned by the Burtons, its name was said to have been derived from Queensland Governor George Phipps, 2nd Marquis of Normanby. However, in 1889, the son-in-law of the Burtons decided to demolish the hotel to build a bigger one facing Musgrave Road. The new hotel officially opened on 1 December 1980.

Over the years, the hotel became a popular pub with the locals and became a home for nightclubs. There was even a time when the hotel featured a drive-in bottle shop.

Through it all, the large fig tree outside the hotel has stood witness to the passing of events, including more fond memories that locals hold close to their hearts. The tree has become one of Brisbane’s most well-known living icons and has been a place for romantic proposals and first kisses.

Sadly, on 8 June 2016, the tree collapsed during a storm. Quite surprisingly, the tree didn’t fall towards the hotel but away from it, leaving the hotel unscathed. Locals were devastated following the demise of their most-loved tree. A day after the news broke, the hotel garnered over 1,000 comments on their Facebook page with people sharing memories of “their” tree.

The tree, it seems, has played a significant role in the lives of many. Some people shared their stories on how they met their partners under the tree while some even shared christening stories under it. Many parties were also thrown under its sheltering branches. There were also names etched on the branches of the tree, marking the many people whose lives it has touched.

The iconic tree is no longer there; yet the hotel, in honour of the tree and the locals, has been giving pieces of the tree as a memento of the memories that were formed under Normanby Hotel’s beloved fig tree.