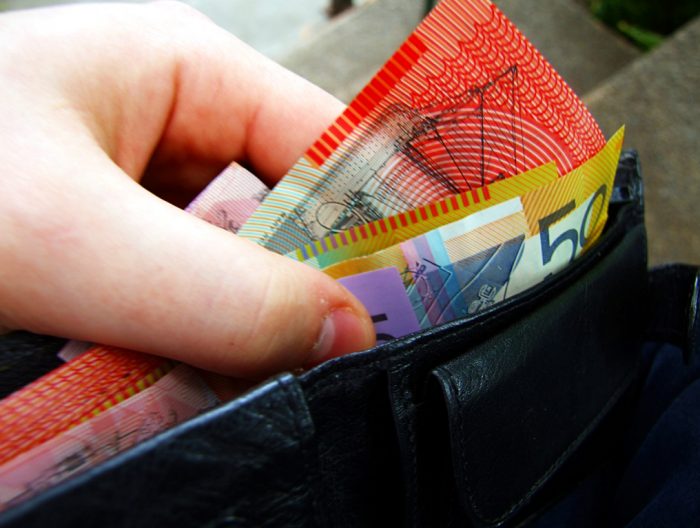 The postcodes where the highest proportion of people receiving Jobkeeper wage subsidies have been revealed, and this includes some of Brisbane’s most affluent suburbs like Paddington.

Data analysis by consultancy firm Taylor Fry combined the JobKeeper takeup data from the Australian Bureau of Statistics with the latest Australian population census to map out the postcodes where residents are particularly reliant on the government handouts.

The relative reliance is shown in the heat map, where suburbs/postcodes with a score of 90 – 100 decile are represented in darkest red. These are the 10 percent of Australian postcodes that are likely to have the highest proportion of residents receiving the JobKeeper payment.

Meanwhile, the neighbourhoods that scored 1 – 10 decile, shown in darkest green color, represent the 10 percent of Australian postcodes that are likely to have the lowest proportion of residents reliant on the $1,500-per-fortnight payment.

The top-tiered Brisbane suburbs include Paddington, which according to the latest annual Taxation Statistics report from ATO, is among the highest-earning postcodes in Queensland with an average taxable income (2016-2017  income year) of $89,060.

Based on the findings, postcodes with a high concentration of residents belonging in the workforce and are still employed, have a higher likelihood of having a bigger portion of its residents relying on the JobKeeper payment.

As for the eligible industries, middle-income earners in sectors severely affected by the lockdown restrictions including retail, hospitality, and accommodation are more likely to rely on the scheme.

The unemployment rate rose to 7.1 percent in May compared to 6.4 percent in April as an additional 227,000 people lost their jobs across Australia, according to the latest figures released by the Australian Bureau of Statistics. This is the highest unemployment level recorded since 2001.

Victoria recorded the largest drop in employment with 70,800 people losing their jobs, followed by New South Wales with 43,900 lost jobs. Western Australia and Queensland also recorded a decrease in employment, down by 30,200 and 28,100, respectively.

Treasurer Cameron Dick said that the pandemic will not be resolved in a matter of weeks or months and thus long-term jobs solution needs to be in place. In his letter Josh Frydenberg, Treasurer of Australia, Dick said that the Jobkeeper payments are “playing a critical role in maintaining connections between employers and workers.”

Mr Dick said that the JobKeeper Payment scheme is instrumental in mitigating the impacts of the recession and in helping the economy recover from the downturn. To realize this, however, this scheme needs to be implemented “beyond the original six-month timetable.”

“One of the major risks to ensuring Australia’s effective economic recovery and supporting jobs across the country, including in Queensland, is a premature withdrawal of key Australian Government support measures, including JobKeeper, from the economy,” Mr Dick said.

The JobKeeper Payment is a government subsidy scheme aimed at supporting businesses impacted by the coronavirus pandemic. Under the scheme, eligible employers, sole traders, and other business entities can apply to receive a fortnightly wage subsidy of $1,500 per eligible employee.

The Treasury Department expects the Jobkeeper Payment, which is set to be terminated on 27 September 2020, to benefit around 3.5 million employees.