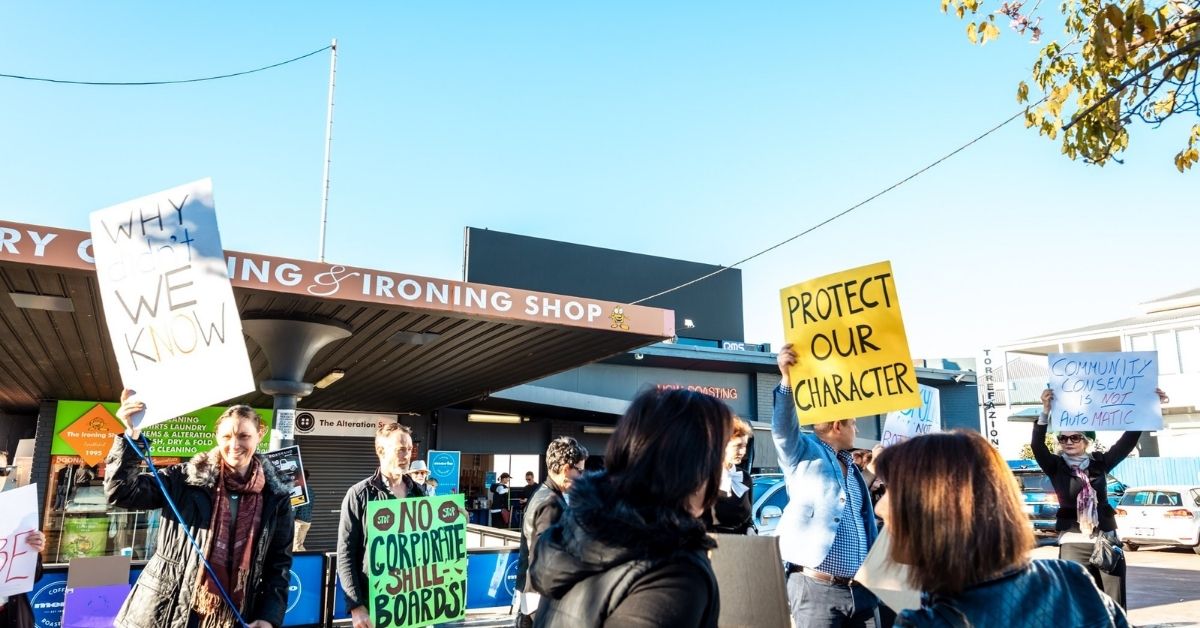 Paddington residents campaigning against the erection of massive LED billboards at character precincts, such as Given Terrace and Latrobe Terrace, have achieved a win after the Council voted a ban on these electronic signs.

Councillor Jonathan Sri confirmed that Brisbane City Council will make “some minor interim amendments” to the Advertisements Local Law. The new stipulations will it harder for advertisers to secure approval for LED billboard ads in heritage properties and commercial character sites or pre-1911 buildings.

The changes will also make the local law retrospective.

The Council has not approved any electronic billboard application since the residents’ protests early this year. In September, an applicant withdrew plans to set up a LED billboard at 284 Given Terrace.

However, the campaign is not yet done as another advertiser managed to erect a billboard on Latrobe Terrace, whilst the deliberation was ongoing.

“Council has now admitted that community consultation was lacking and distinctive character precincts should not have LED Billboards approved. By that logic, the Latrobe Terrace Billboard must be revoked and removed,” Katinka Winston-Allom of the Greens (Cooper) said.

Read: Given Terrace Estate in Paddington is 100 Years Old!

According to reports, a senior official informed Council to approve the sign but public access to the Right To Information documents detailing the approval process has been revoked. The said billboard is currently under Council review.

“The current process is not good enough,” Councillor Peter Matic said in June, following the  Latrobe Terrace billboard fiasco. “It’s time for an overhaul and make them subject to more stringent assessment and a full consultation processes. These billboards are out of character; I wasn’t meaningfully consulted, the community wasn’t consulted and there needs to be checks and balances.”