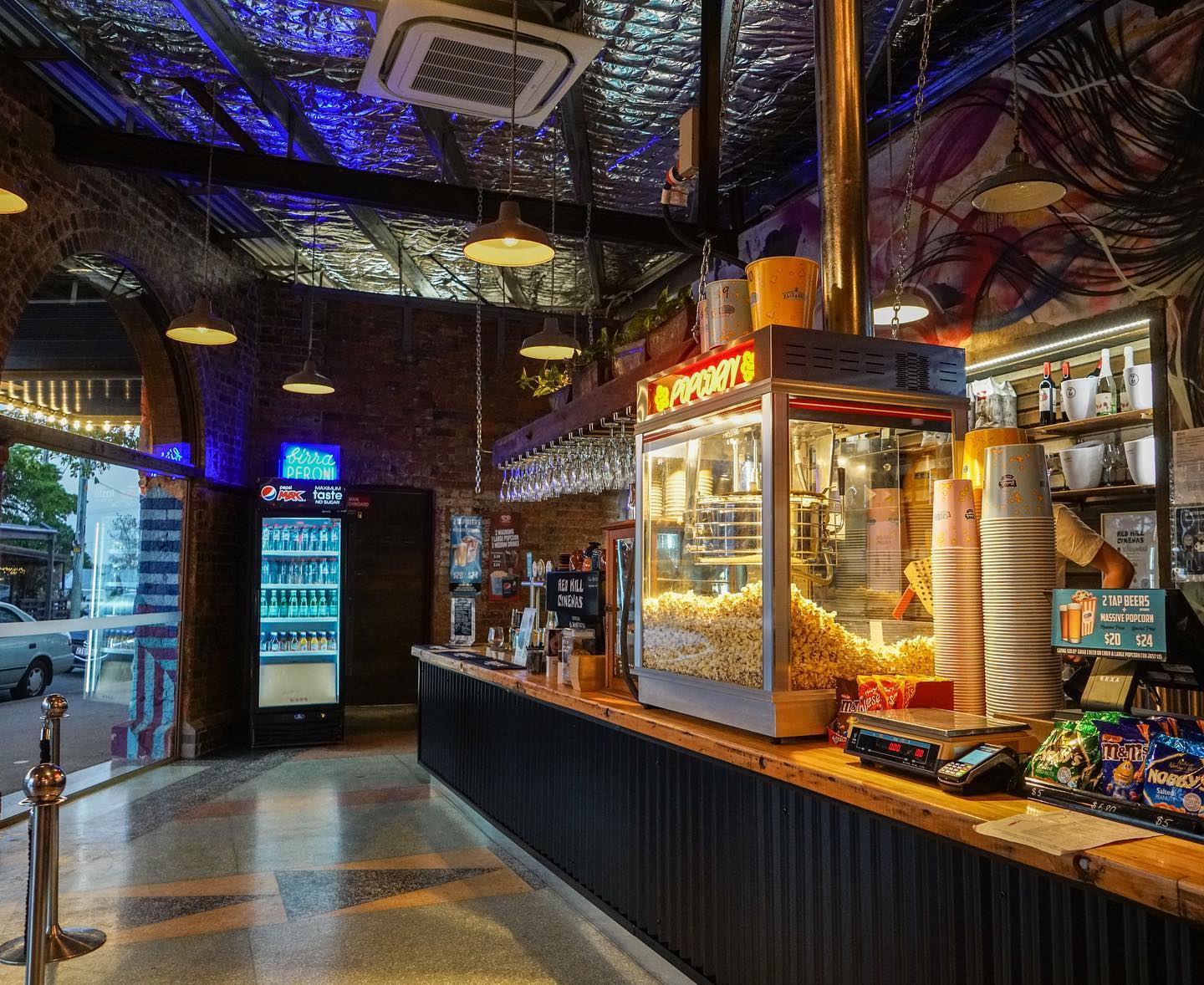 Have you experienced watching a movie at the recently-opened Red Hill Cinemas in Enogerra Terrace? The old skating rink, which was abandoned for 17 years, is now a five-screen boutique theatre that delivers a special kind of movie experience.

The Sourris family, who have operated cinemas around Queensland for generations, acquired the cinema’s site for redevelopment in 2017. Their idea was to turn this property into a premier theatre with a small but intimate setting, comfortable reclining seats, and full food and drink service.

Read: Cinemas in Brisbane Booms, Boutique Cinema in Red Hill To Watch Out For

Amidst the growing number of streaming services or megaplexes featured with IMAX, Red Hill Cinemas aims to bring the classic cinema experience, where people actually go out of their way to get together and watch a film on the big screen. Boasting of five screening rooms, four of the cinemas have 70 seats with reclining chairs whilst one is a 160-seater with spacious legroom.

This is a fully-licensed theatre, where moviegoers may drink a glass of alcohol or two as they relax and enjoy the film.

Beyond the cinemas’ features, there’s still much to be said about the rich history surrounding Red Hill Cinemas, which officially re-opened its doors for Brisbane cinephiles in November 2019. Its original skate floor was retained during the refurbishment, along with the graffiti in and out of the building.

This site was originally the Pop’s Picture Theatre, an open-air cinema from the 1920s to the 1960s. Forty years onwards, the venue became a popular teen hangout as the Skate Arena, until it was gutted by a fire and abandoned in 2002.

For enquiries, including cinema hire and group bookings, phone 3707 5444 or email redhill@fivestarcinemas.com.au.